A Vast Army of Bugs

True to the title of this blog, I think of Walt Kelly's artistic creations as being of one whirled, geeky as that is. I imagine an alternate universe where everything is as Kelly imagined it.
So I picture the Wheatfield Kingdom of Peter Wheat as being upriver and across the tracks from the Okefenokee, and one of the common denominators being the bugs. Kelly's bugs are fairly charismatic, and could ALmost sustain a strip unto themselves. They insert themselves into any number of the Pogo strips, with their own little whirld: 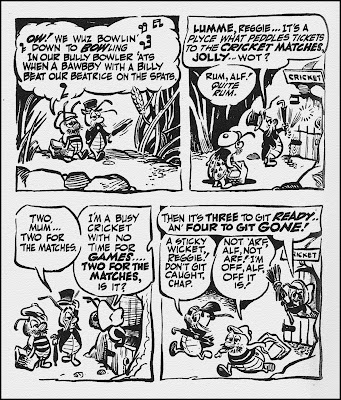 The above bugs are roly poly genial little gents, playing out their stories somewhere at grass level. But, as in this whirled, characters abound in many different types and personalities. Across the tracks, north of the Okefenokee, things are more adventurous, less settled, the frontier—so to speak. The bugs are braver and more combatitive in Peter Wheat's realm: 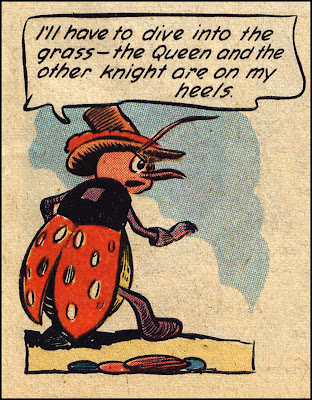 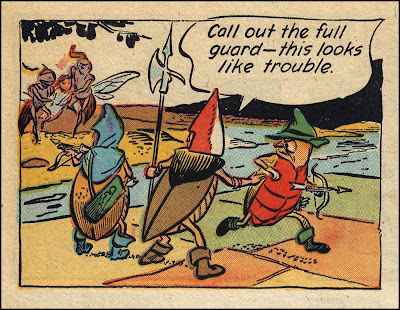 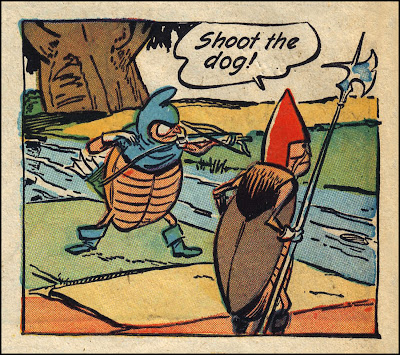 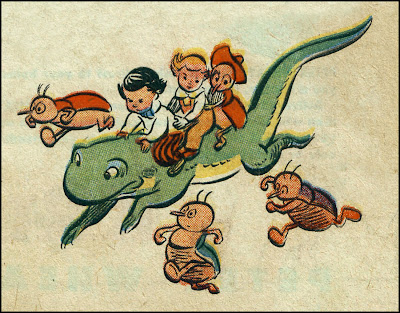 But even in the Okefenokee, bugs get the itch for chivalry, of sorts, and can raise an army: 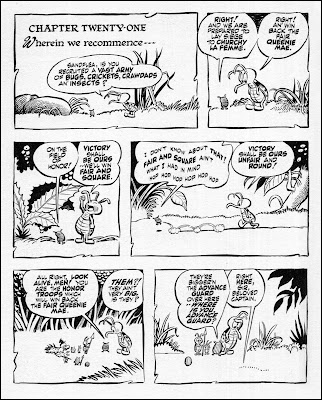 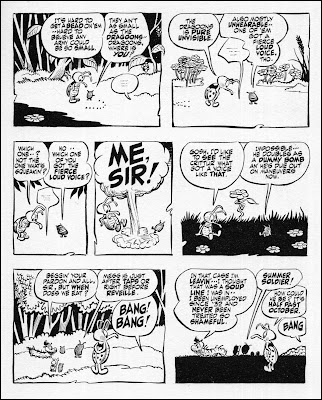 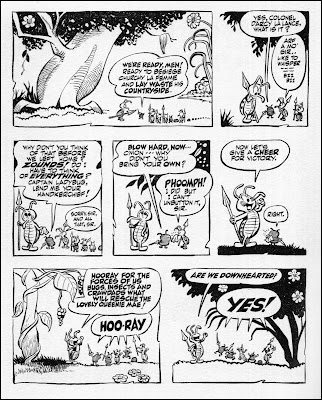 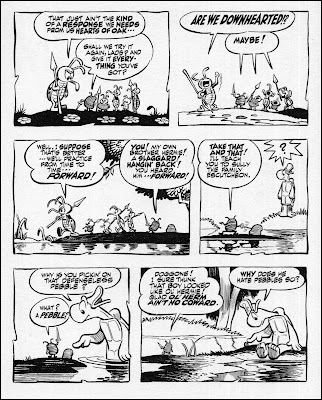 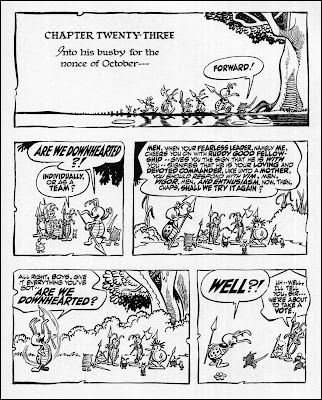 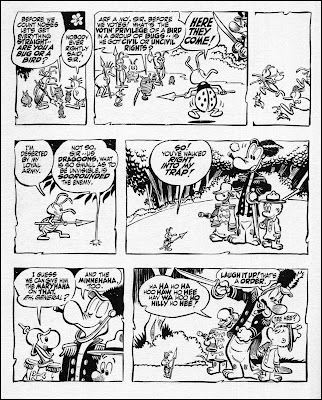 Posted by Thomas Haller Buchanan at 11:45 AM