A Friend-in-Kelly, Dan Cunningham (cartoonist & illustrator), was kind to alert me to the possibility of here-to-for unacknowledged Kelly art for a 1949 Snow White record cover. It's possible that an artist was emulating Kelly, but I'm pretty well convinced that it's Kelly work. Usually his work would be a little bolder in composition and rendering, but the art may have been diminished a bit in the production process.

Anyway, it's close enough to attribute it to him and for us to post it here on WoK, where I like to display all things Kelly, or at least Kellyesque. As I say I'm pretty convinced, but your opinion? 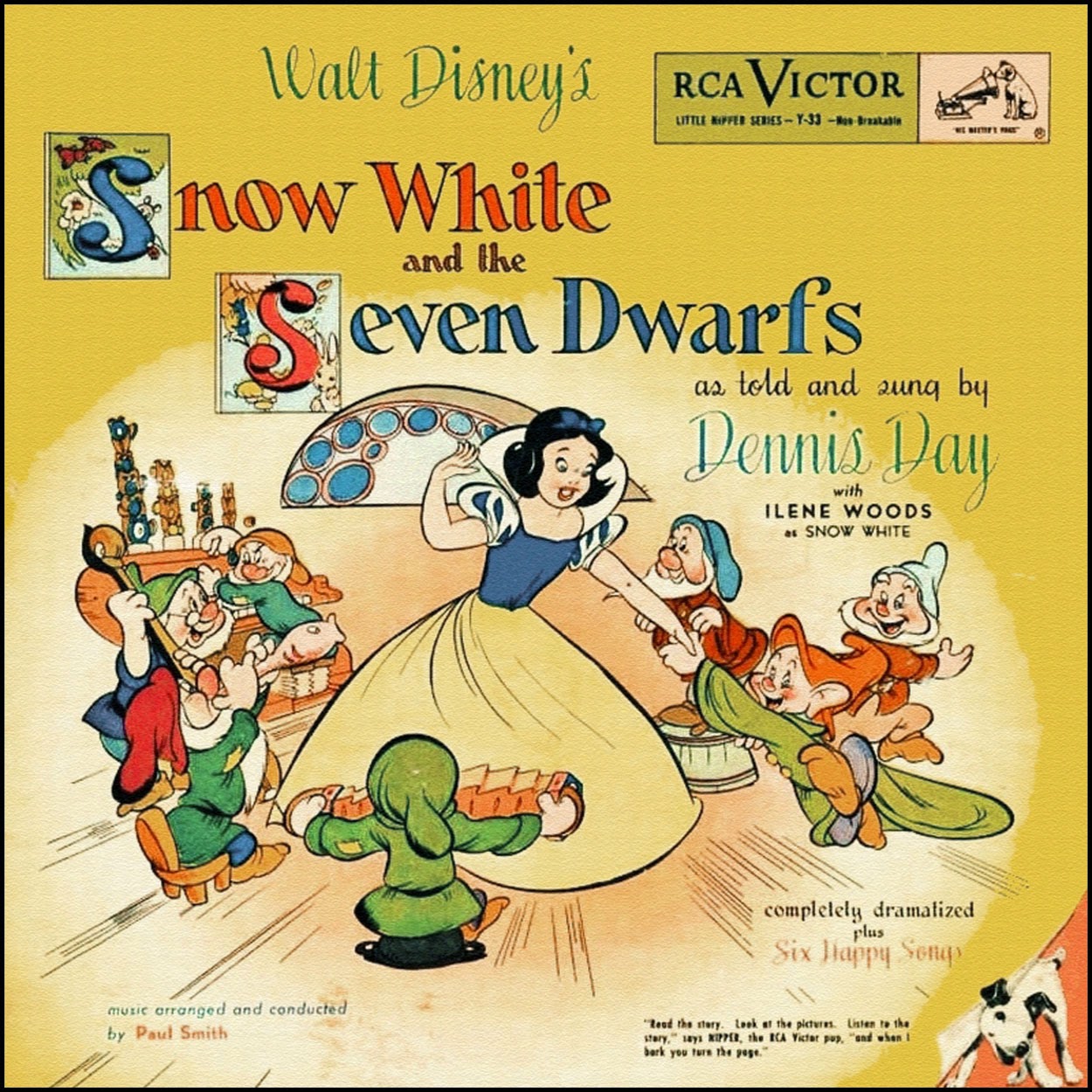