In anticipation of the upcoming posting of the first three issues of Kelly's The Adventures of Peter Wheat, I wanted to have the stage set for the significance of what we'll be seeing. OtherEric, of The Digital Comic Museum (DCM), has not only generously supplied the scans of those comics to premier here before being installed at the DCM, but also agreed to introduce the series with some background thoughts:
Thom has asked me to write something about Peter Wheat. I assume if you're here, you don't need me to explain why Walt Kelly is wonderful, which will save some time getting started. 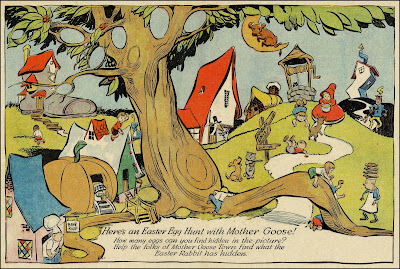 Walt Kelly's comic BOOK work is not as well known as his comic STRIP work; but Kelly was pretty much Dell/Western's star artist in the 40s. He more or less defined their house style, and when not doing licensed material, such as Disney characters in his own inimitable way . . . 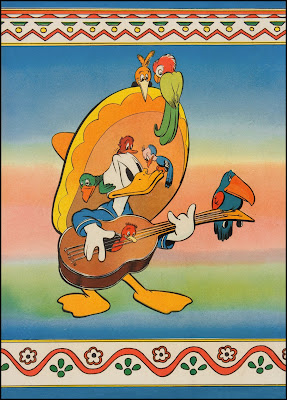 he often got a byline. There are quite a few books when he even got his name on the cover, which was very unusual for that time. 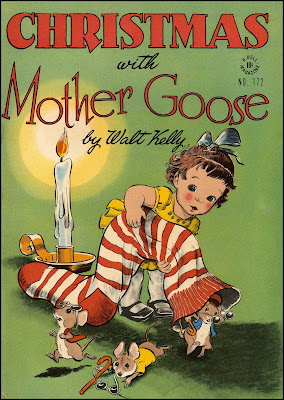 So at least in the world of comic books, Kelly was a big name when he started doing Peter Wheat, to the point where it's somewhat surprising that he was used on it. Either the bread company asked for him specifically, or Kelly saw something in the series that he really wanted to do, possibly both. Because even based on the roughly 1/3 of the run that I've seen, Peter Wheat was Kelly's finest moment in comic BOOKS, in my opinion.
Before getting into justifying that statement, let me discuss briefly Kelly's other major comic book series.
Mother Goose, while having an extensive run over several years, was predominantly illustrated poems rather than comics, just happening to be in comic book format. 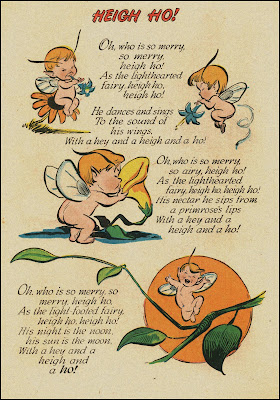 Our Gang was frequently wonderful, but it took Kelly a long time to really turn it into HIS project. And it may just be me, but Kelly's talents always seem somewhat wasted on a series with no fantastic elements. His funny animals or fairy tales are so wonderful that a series dealing with what's more or less the real world seems not to be using Kelly to his full potential. 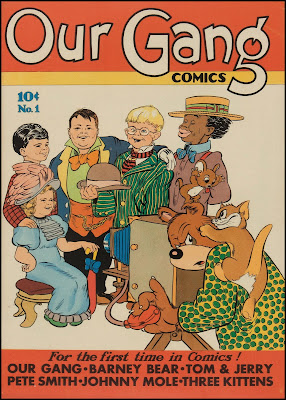 Pogo, while consistently a delight, really divides into two runs, both with their own weaknesses. The Animal Comics run and the Four Color issues show the development of Pogo and his fellow swamp dwellers, and there is a LOT of work to get them from their early versions in Animal Comics #1 to the cast we know and love in the comic strip. Kelly also didn't hesitate to borrow from himself for the comic strip; there are several stories in the comics where the definitive versions of the stories would later show up in the strip.
The later Pogo Comics, while they feature the characters in their developed form, are firmly secondary to the newspaper version. While Kelly did an incredible amount and quality of work on the comic book, it never quite stood alone without the strip. Perhaps if we didn't have the comic strip to compare with, I would put Pogo first in my estimation. But while all the work on the books was necessary to have the strip appear almost full-grown on the newspaper page, it still comes off as the lesser work—even if it's heads and shoulders above most of the other comic books of its time. 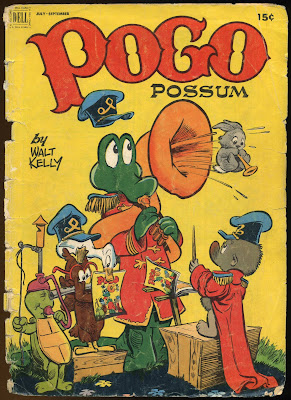 Fairy Tale Parade is perhaps Kelly's best comic book work outside of Peter Wheat. He shows an effort and a love for the material that shines out. 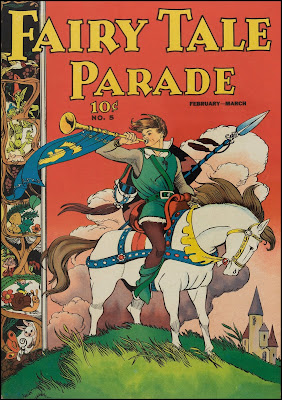 It's clear on many of his stories that he's putting a lot more effort into them than some of his other projects of the time. That's not putting down his other work, just saying that this was clearly where he put any extra time he had while maintaining his amazingly high page count back then. 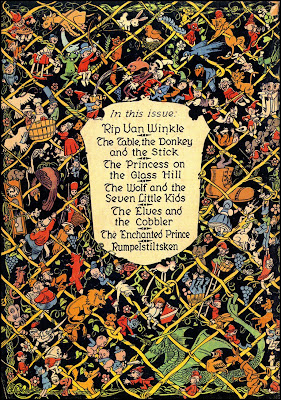 Peter Wheat is really the heir to Kelly's efforts on Fairy Tale Parade—just by its nature it occurs in the sort of world that fairy tales happen in. I don't know what the Bakers Associates wanted for their comic, but other than possibly asking for the occasional cliffhanger, I can't imagine they were expecting what they got. Kelly took the "Adventures" part of the title seriously, because the book is Kelly's effort to do a straightforward adventure series. It's often amusing, of course, but I haven't seen any stories that are primarily humor, and the book frequently gets surprising dark and sophisticated. 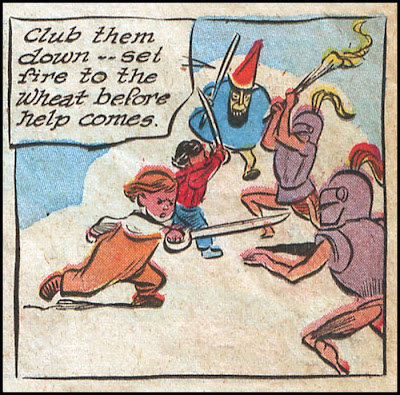 Peter Wheat is Kelly's last major Comic Book only work; the later Pogo run is a spin-off of the comic strip. And in this series, Kelly brought in everything he had learned in almost a decade of being one of the best and brightest comic book artists.
Posted by Thomas Haller Buchanan at 8:03 AM