Jump an' Throstle with Joy

This is another Easter Sunday strip that has avoided being posted until now. It's silly and sweet. I do believe that Lulu Red-Ride-An'-Hood is really Li'l Awry who played a big part in the dailies around this time of 1965 —wow— fifty years ago! 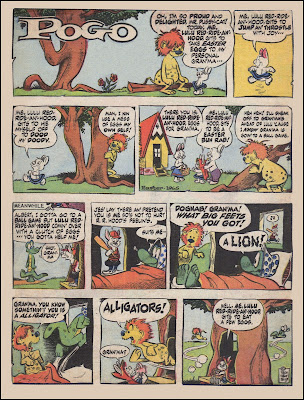 Posted by Thomas Haller Buchanan at 12:41 AM 5 comments: 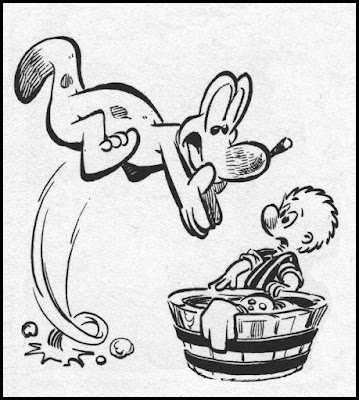 Posted by Thomas Haller Buchanan at 3:42 PM No comments:

Even a simple splash has Kelly written all over it. 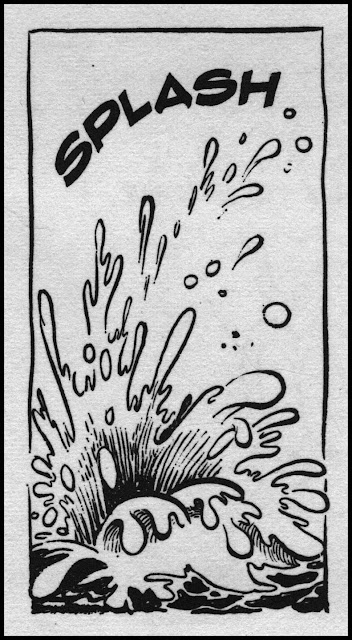 So Shirty and Shove

I would like to think that Miz Beaver had finally found her feller, but inter-species relationships are difficult to maintain. I love the composition of this panel with its half circle aura and the obtuse poetry, seen (heard) here out of context. 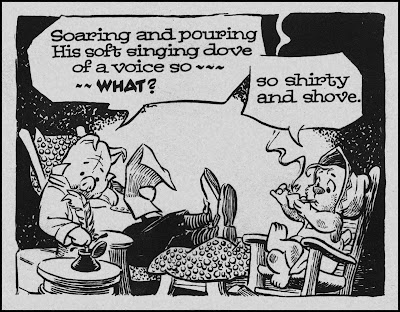 Posted by Thomas Haller Buchanan at 11:07 AM 4 comments:

Yep, these two look like they could be a nice homey couple. 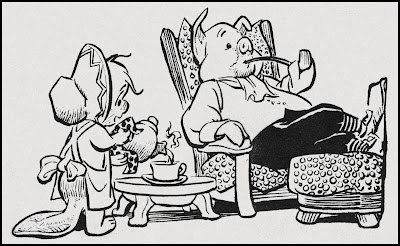 Posted by Thomas Haller Buchanan at 4:54 PM No comments:

Miz Beaver doesn't get a lot of (good) attention from menfolk, so when Ripe-Dan Winkle offers a valentine, she ignores his ripe 200 year old odor and plies comfort to him. 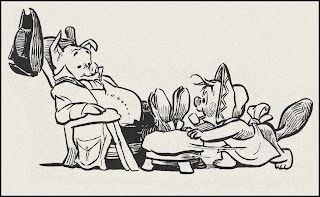 Posted by Thomas Haller Buchanan at 11:28 PM No comments:

Ya never know what these boys are up to. Even in context, a person sometimes has to wonder what's going on in the Okefenokee. I constantly marvel at Kelly's line and brush work, making things solid, yet light. And again, detail such as the the bird finial is unnecessary, yet delightful. 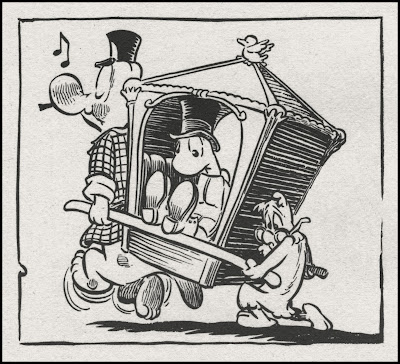 Posted by Thomas Haller Buchanan at 1:26 AM 6 comments:

As has been noted in the comments, a close study of Kelly's artwork is almost a tutorial in cartooning, or at least uber inspirational for cartoonists and animators. As such, we'll also attempt to gather and assemble material detailing Kelly's characters, which were numerous.

These Senator Bulfrog drawings are from 1969, and I don't know if it's a caricature of a specific senator or of the political species itself. Senator Everett Dirksen comes to mind, but he died a couple of months before these usages and didn't specifically resemble Bulfrog, except in ways of bombastic behavior.

Kelly gave Bulfrog a classic treatment with his own sort of flowery word balloons, as politicians tend to inflict upon us. 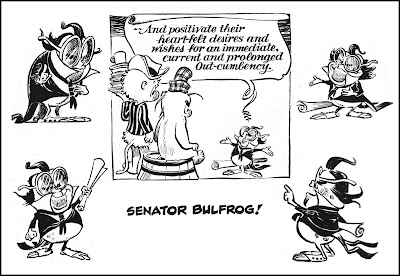 And it's always lovely to examine Kelly original art . . .

Posted by Thomas Haller Buchanan at 10:48 AM 4 comments: 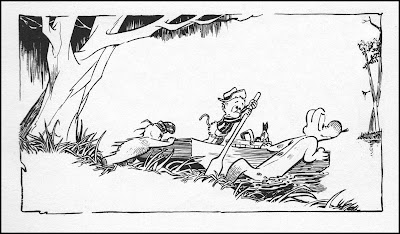 I'm relaunching a feature, starting today, showcasing individual panels and vignettes of Kelly art. These will be fairly large, fairly high-res so as to concentrate purely on the wonderbobbleness of Kelly's delineations. These kind of posts will help to randomly fill the vacuum between regular posts.

Along the way we can peer into the details that we sometimes miss when the dialogue distracts us . . . such as that little bird investigating the lunch basket.

You'll see the art in pretty good detail when you click it.
Posted by Thomas Haller Buchanan at 1:31 PM 5 comments:

Welcome back to the Whirled of Kelly! I've missed being here, but life sometimes just gets in the way of living.

A special cyber-friend has encouraged me (well, threatened me) to revive my habit of posting Pogo Sundays on Sunday and whatever other ephemera that smacks of Kelly goodness that I can slip in.

Easter in August, why not. Kelly's holidays were haphazard anyway. 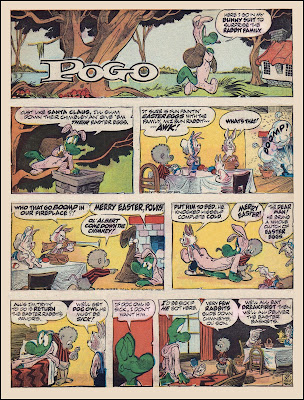 Fair warning to interested parties: I will be returning to new posts on this blog o' Kelly, starting on Sunday this.

What you see here is just a fraction of my pile o' Pogo. 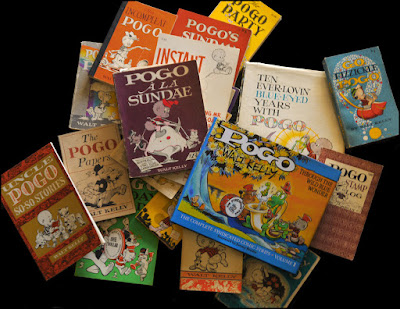