Peter and His Friends Are Hard at Work

As promised, we're presenting more Adventures of Peter Wheat that are rare and rarified, thanks again and always to OtherEric of the Digital Comic Museum, starting here with issue #23. OtherEric has been working diligently to gather chapters of Walt Kelly's fairy tale masterpiece, and it is a long and arduous task—haunting auctions, scraping enough money together, puzzling out the where, when, and why.
He has come up with some wonderful issues that have rarely been seen by Kelly fans—but they're such a special part of a storyline that we felt we needed some context for them, so we're going to include a couple of chapters that some of you may have seen, but have been rescanned and cleaned up a bit.
Unfortunately, we're missing a chapter of the story that we'll just have to jump over, like the big boys and girls that we are.
UNLESS . . . if anybody within the sound of this blog has access to The Adventures of Peter Wheat #25 (that's number Twenty-Five), we would love to hear from you right away, please. We'd like to borrow scans, or we'd be willing to purchase the issue, if a reasonable price.
Really, we'd love to see this continuity unbroken if possible. If you can help us, Kelly fans everywhere will bow down before you. Either way, we'll move ahead in the weeks to come and present most of a run of Kelly's delightful fantasy adventure!
Now some words from OtherEric:
I recently won issues #24 and #27 of Adventures of Peter Wheat on eBay, and Thom has once again generously agreed to let me debut them at Whirled of Kelly before I release the cbz files elsewhere.
Since the issues are the first and last chapters of a storyline, posting the #26 as well seemed obvious (sadly, I don't have a copy of #25). After some discussion, we decided to go ahead and post everything we have of issues #23 through #29; even with one missing issue, it's the most solid block of Kelly's Peter Wheat stories available so far.
I'll have some comments on the issues after we post them, but one thing I will suggest looking for ahead of time is how Kelly plays with scale in the art on the #25—#29. It's fascinating, and I'll elaborate as we go along. But first just enjoy the #23: 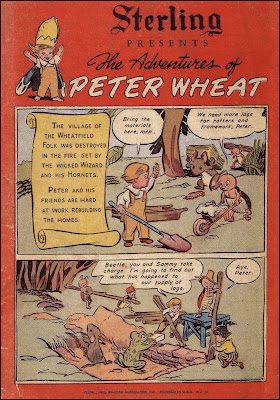 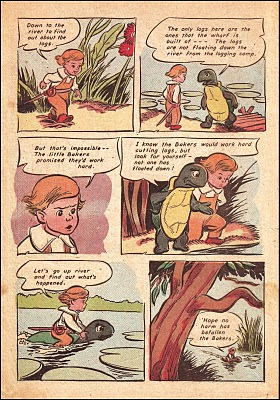 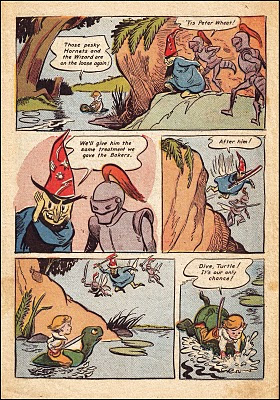 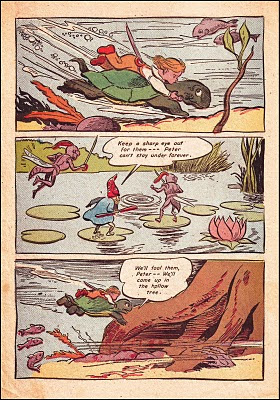 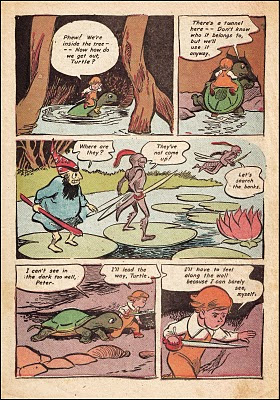 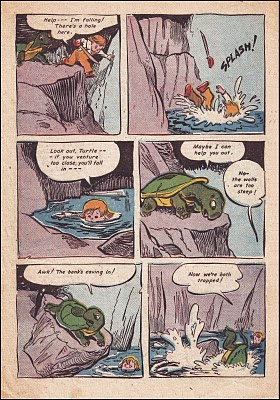 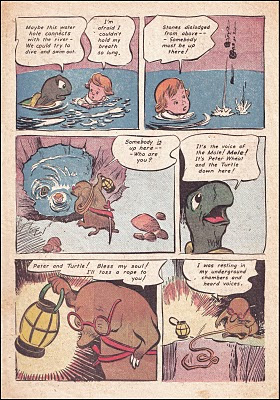 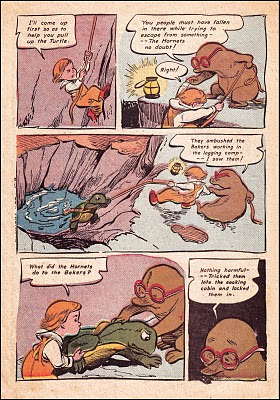 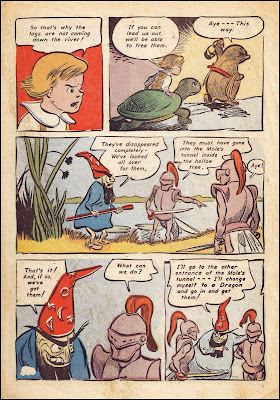 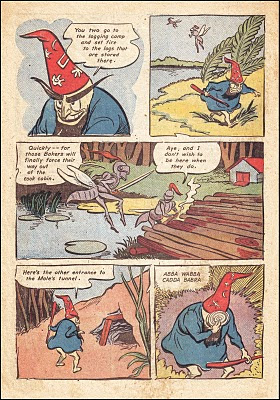 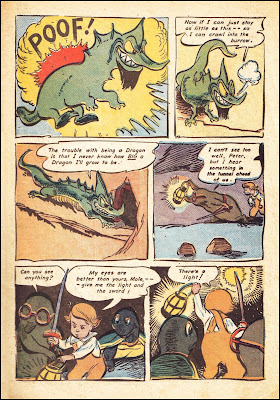 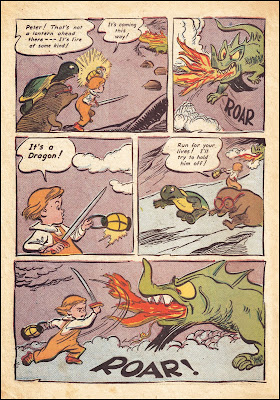 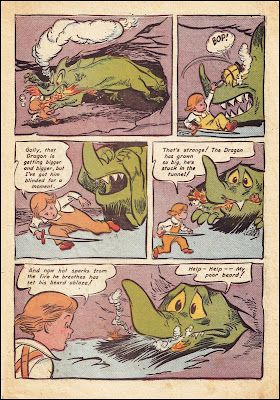 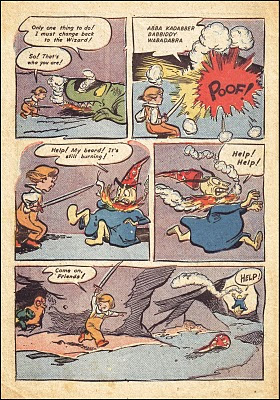 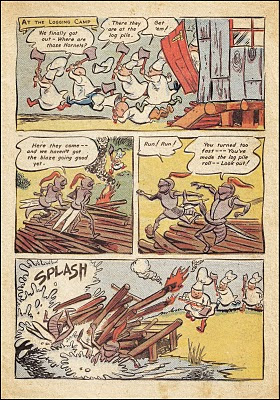 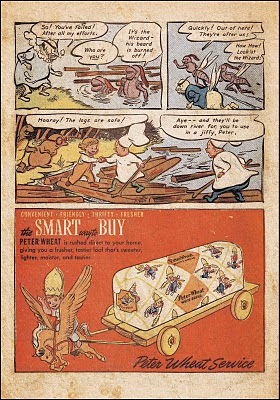 OtherEric:
I don't have that much to say about this issue. The opening caption makes me really want to see what happened in #22, but I want to see all the issues, so that's hardly surprising. The lettering is odd on this issue. Not bad, just odd. (It looks possibly like Leroy Lettering, that semi-mechanical process of the time—Thom)
It's fun seeing Kelly draw a Turtle and a Mole; they're not quite identical to their cousins in Pogo, but he's definitely figuring out the general look. And I call your attention to the ad on the back cover—why don't we see Peter riding a miniature Pegasus in the comic itself?
Posted by Thomas Haller Buchanan at 8:50 PM