It is so wonderful that The Whirled of Kelly has brought together some of the greatest fans of the greatest cartoonist of the 20th century (my opinion, and maybe one or two of you as well). In coming together, some of you have shared such terrific treasures over many many posts.

Here now is another set of rare Kelly gems shared with us by Richard Davidson. In his words:

This is a set of Story Book Records circa 1946. According to an article in The Fort Mudge Most, June 1997, not much is known specifically about the company, but it may have been associated with Western Publishing, as it had the same address. There are two known sets and possibly more, each came with four records in illustrated paper sleeves and a color illustrated box. The reader on each record is Walt Kelly himself. The records are heavy cardboard with a thin clear vinyl coating pressed with record grooves. Most later record player needles just skate over the grooves making them difficult, if not impossible, to play.

Kelly, of course, is known for his love of fairy tales and here he adds another dimension by bringing his voice, as well as his art, to the literary form. Does anyone out there have digital recordings from these sets of records? 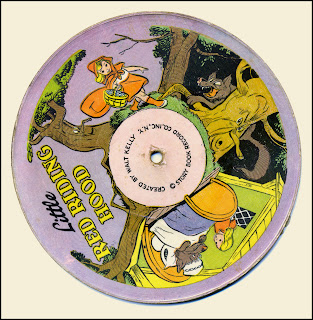 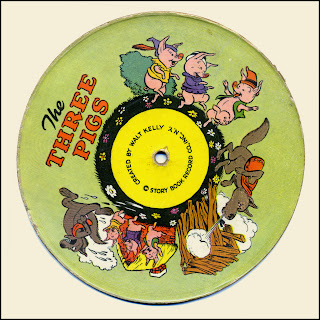 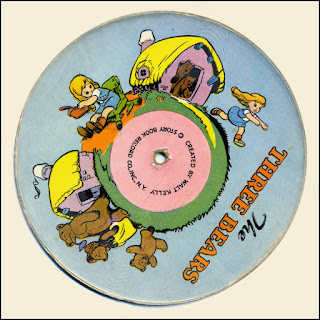 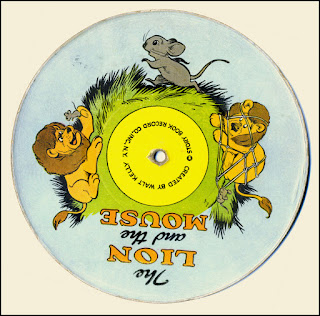 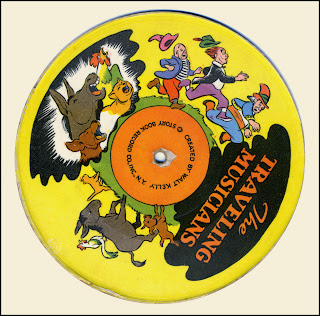 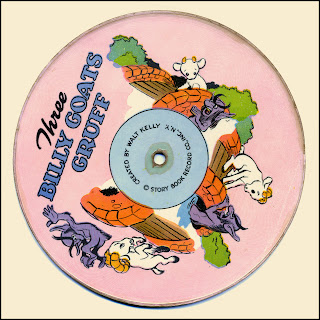 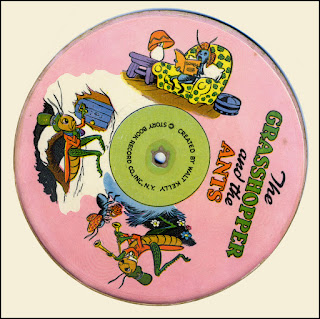 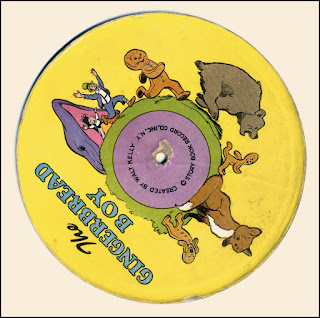 Posted by Thomas Haller Buchanan at 12:08 AM