Y'Know, I B'leeve You're a Fraud

Yep, for a while there I thought Uncle Rip Van Turkle was the real deal, but I too think he went to far with his tall remembrances. But in the land of Kelly you never know.

In the final panel R.V.T. says 'Hey, chief! There's more!' Well actually there is no more (of this particular story). I think the last panels ran on a Friday and the Saturday strip would've been a standalone and then a couple days later the Pandemonia story begins which I have posted long ago. There's a Sunday strip just after these last panels and I'm posting it again down below, just to help bridge the gap. 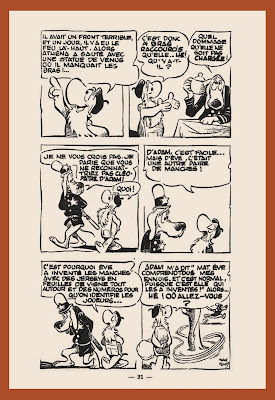 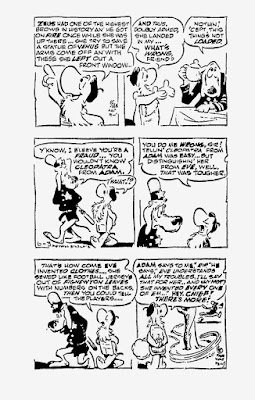 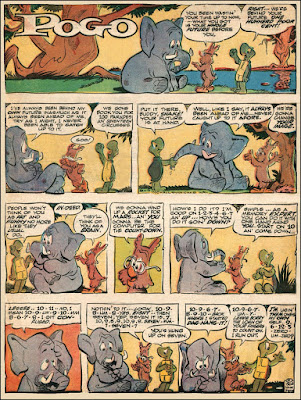