Many artists have been influenced by Walt Kelly—his style, his humor, his unique way of telling a story—but none more so than one of our Friends-in-Kelly, 'Alimentary'.

Alimentary takes his pseudonym from an early Kelly character that wandered off from the storyline—a little alligator that was a brother or a cousin or something to Alabaster, Albert's nephew.

ANYway, 'Alimentary' is getting ready to premiere a comic that takes its styling from the very early Pogo comics when Albert was carnivorous, as alligators tend to be. As this preview graphic indicates, you can check it out in a couple of days at www.gonechoo.com 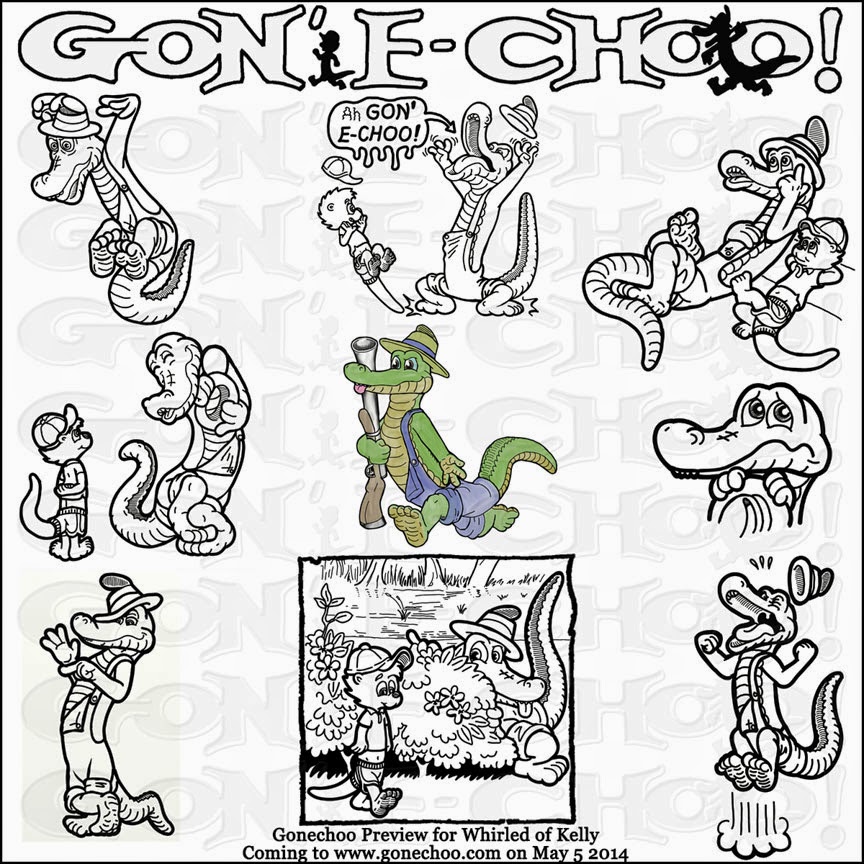